Sunday afternoon, my wife and I went to one of the South Beach Wine and Food Festival events. We attended Swine & Wine, an event at the Biltmore Hotel in Coral Gables hosted by none other than Gabriele Corcos and Debi Mazar. I asked Gabriele if he could help me get media passes a few weeks ago and he totally came through for me. Thanks again, G. The best part of the afternoon was the giant hug I got when I introduced myself! And I’m sure I have one of the only autographed menus around. 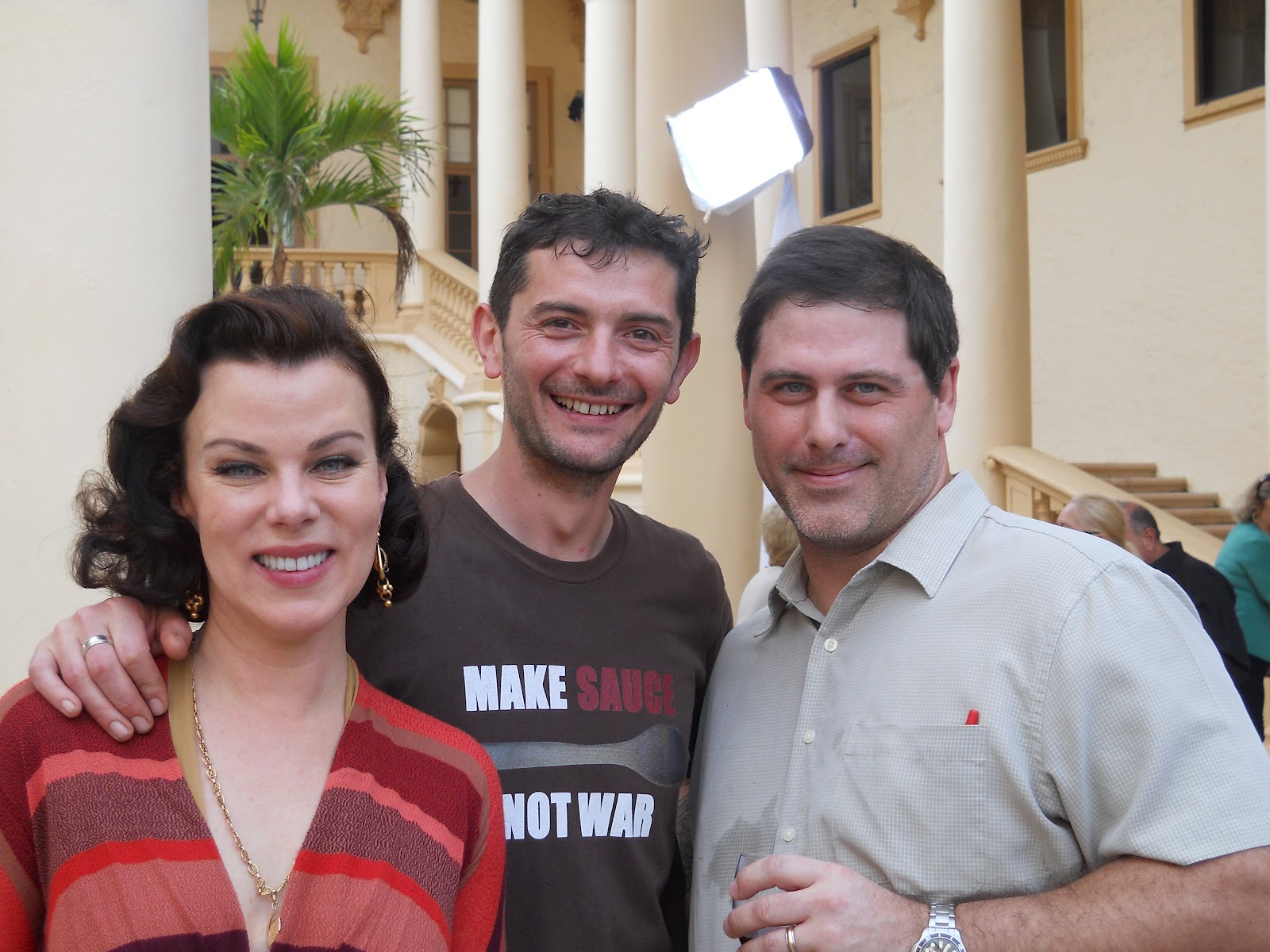 So I’m not going to talk about beer here tonight. “Why not? You’re supposed to be the beer guy, aren’t you?” Yes, so let me tell you why. There wasn’t a drop of beer to be had at this event. Let me show you some pictures and tell you about the highlights from the evening. I promise to get back to the beer next time. OK?

I already told you my first stop was to thank Gabriele for the tickets, chat a few minutes, and take some pictures. After that, on to the food and my first of many glasses of Zafra rum (which was awesome).

Let me set the mood for you. A gorgeous day at a magnificent hotel with hundreds of sexy and beautiful people. Then you give 15 awesome chefs the task of roasting a whole pig with La Caja China and creating a dish that wows an enthusiastic crowd. We’re talking chefs like Gabriele and Marc Murphy and Marcela Valladolid and Ingrid Hoffmann!

Dude… Mayor Carlos Gimenez was pulling pork! About halfway through the event, several of the Real Housewives of Miami showed up, but I did promise to stick to only the highlights here.

In the center of the courtyard were amazing side dishes and desserts galore. There were guys pouring really nice wine, mojitos were being mixed, and two other guys made some spectacular tropical drinks for 3 hours in a row. Cafe Bustello had espresso and coffee, too. I already mentioned the Zafra rum, and right next to one of their stations, Padron and La Flor Dominicana cigars were being offered.

Then there was the atmosphere. The Chirino Sisters and their band sang and danced into the night, quite the lively and entertaining music. Each attendee was given a wooden chip to vote for their favorite chef. I think Gabriele may have won if he didn’t have some initial technical food prep issues and other responsibilities as host of the event. In the end, local Chef Ingrid Hoffmann took the first place prize, which made my wife happy as both are native Colombians.

I will say that Gabriele’s Tuscan Porchetta Sandwich was very good, and I loved the roasted peppers with it. I paired it with a glass of rum but if forced, I’d recommend trying it with a glass of Dogfish Head Festina Peche next time. That refreshingly fruity and tart wheat beer would be a perfect complement!

Hope you come back next year! Talk to you soon. 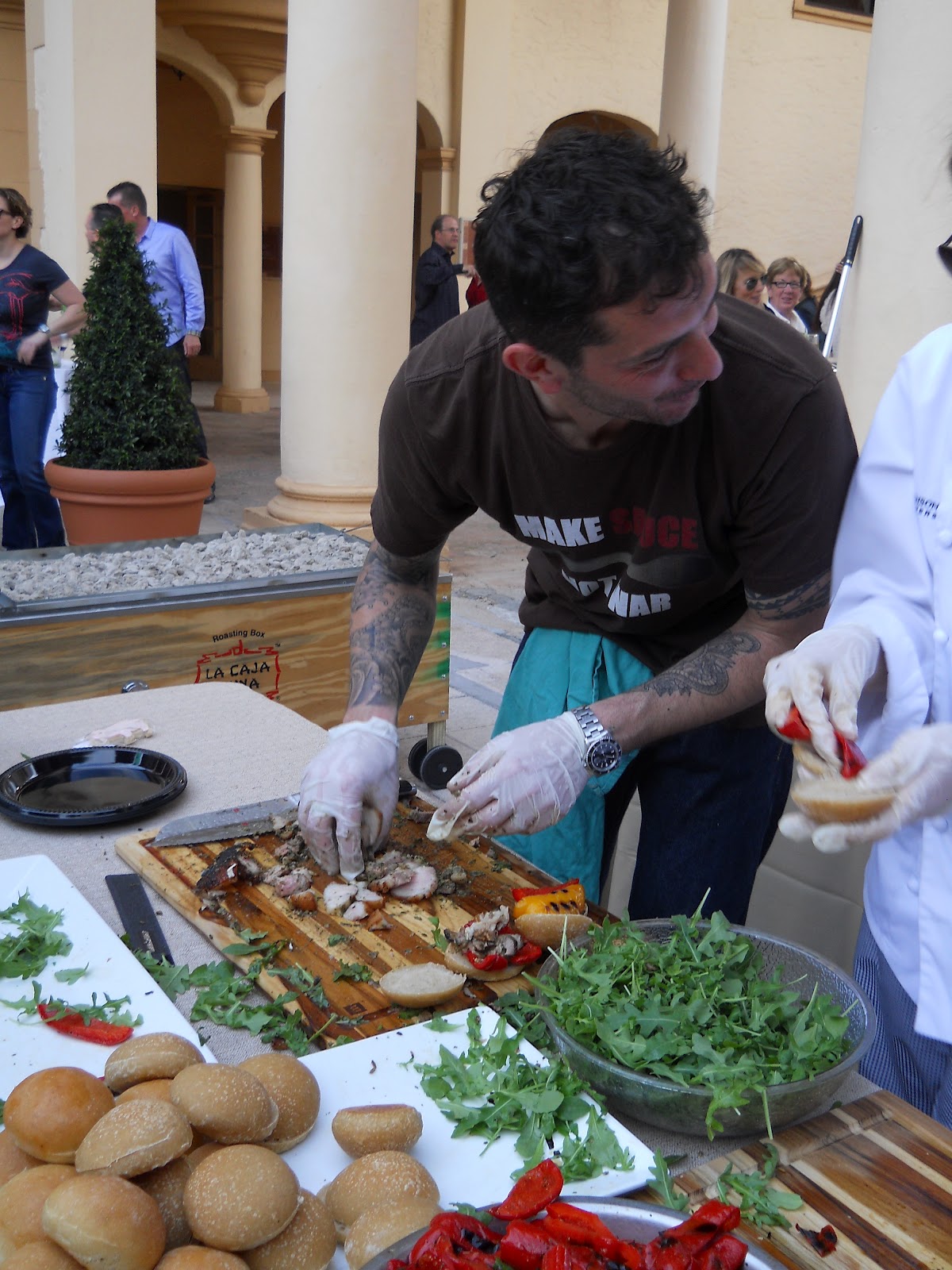 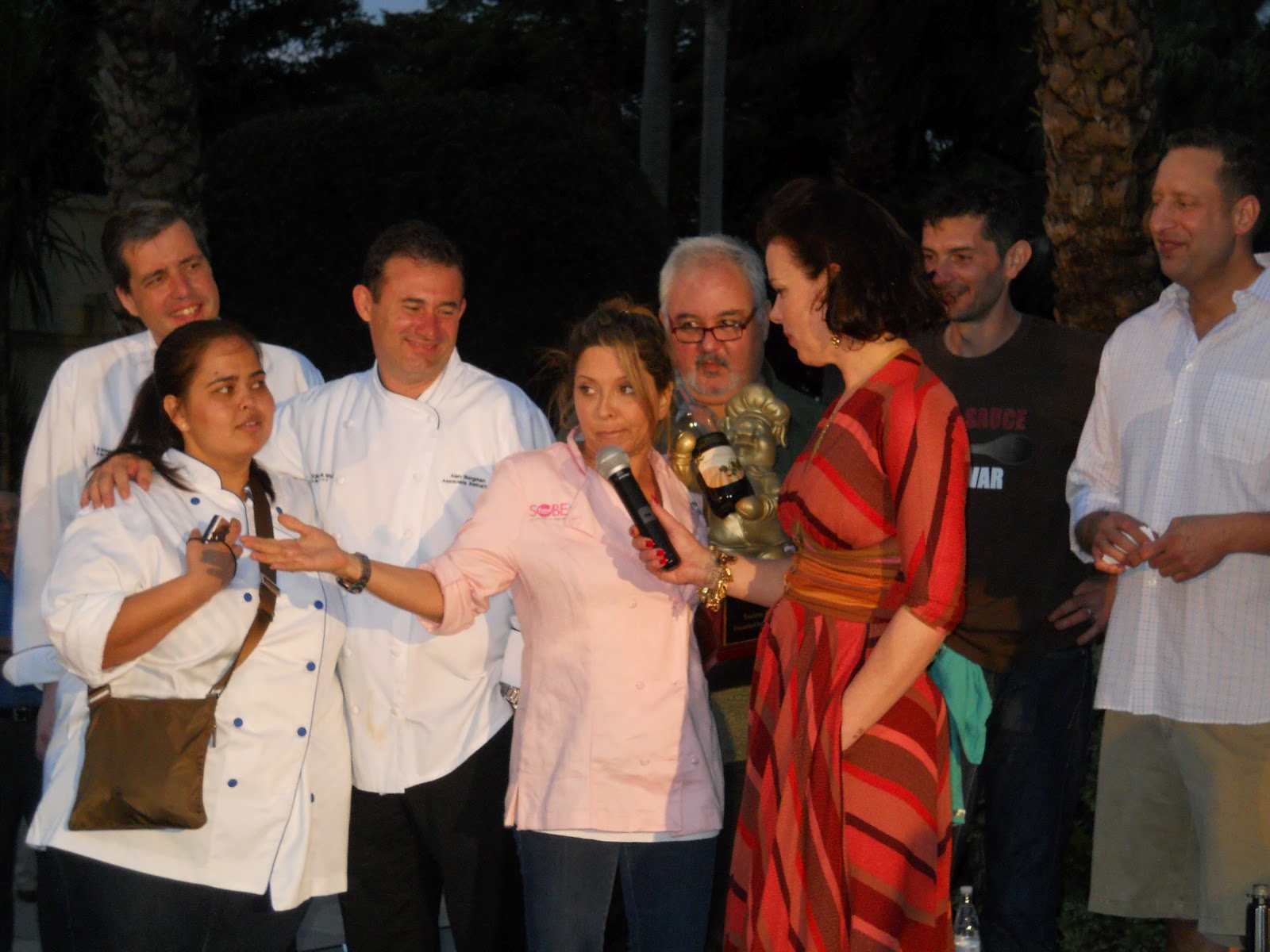